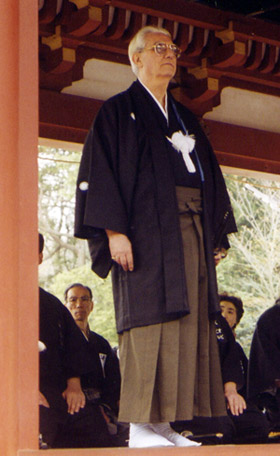 The circumstances that determined the birth of the Academy are deeply rooted in the personal background of its founder, Mr. Placido Procesi. Since his very young age he was interested in the culture and philosophy from the far East; he studied Chinese and Tibetan and nurtured close friendships among experts and organizations dealing with ‘orientalism’ in Rome. 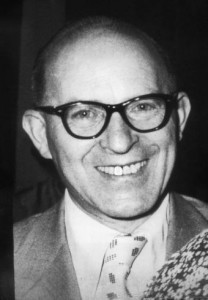 Procesi first learned the basics of Aikido from Salvatore Mergé, who had been a pupil of Ueshiba Sensei. He was among the first members of ISMEO, where he could get in touch with the Buddhist mahayana world thanks to the first exiles from Tibet whom he supported when they needed help with language and western habits, this way making use of a fruitful cultural and linguistic exchange. 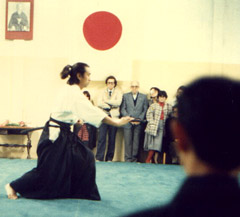 Mr. Placido Procesi then became a doctor but as he stated, what he really wanted to be was an ‘Orientalist’ (expert in Eastern culture).

Nevertheless he kept alive his interests that led him to delve into the profound meaning of Eastern spiritual doctrines. He came to understand the combination of the physical discipline with the spiritual one in a complete harmonious whole and he came to grasp its meaning and value in reaching the necessary balance for a significantly complete life.

During the late 70s, together with a small group of friends, he decided to put his experiences into practice also in order to counterbalance the very western attitude to over-conceptualize. So the ‘gym’ exercises were given a start where he started practicing Kendo and Iaido under the supervision of his friend Hideo Kobayashi therefore creating the first group of the future school. 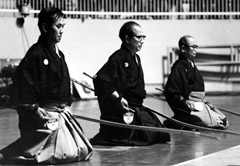 In February 1978 the Prefecture of Hyogo, the city of Kobe, decided to send a Budo delegation to Europa ’78, composed of Kendo, Iaido and Karatedo representatives within the amicable activities promoted by the Kobe Shimbun (a big publishing group) between Italy and Japan.

This was a precious opportunity that Mr. Procesi could not miss. The first contacts were taken with the sensei and with the organizers. A second opportunity was supplied by a new Amicable Delegation of Budo, organized in 1979 by the city of Kobe, again promoted by the Kobe Shimbun, when Kyudo was introduced for the first time in Italy. 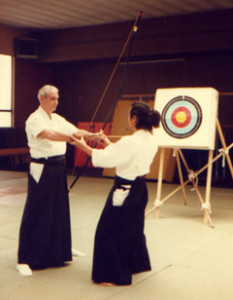 Chief of the Commission was Sensei Osamu Takeuchi, at the time President of the Kyudo district of Hyogo. The Vice-President was Yunichi Yamamoto and there were 14 other members. The superb and exciting Kyudo demonstrations fascinated Mr. Procesi and his friends.
Unfortunately the event was spoilt by the tragic fatality occurred to Yamamoto Sensei. Mr. Procesi released an interview describing the tragic event to pay homage to Yunichi Yamamoto’s memory.

Straight after the Buddhist funeral that was held in Rome, Yamamoto Sensei’s son and Takeuchi Sensei went to Mr. Procesi’s house to thank him for the assistance given and for sharing the grief and they gave him as a present the bow and arrows that Yunichi Yamamoto had used for his last throw.

From here the idea to found the ARK.